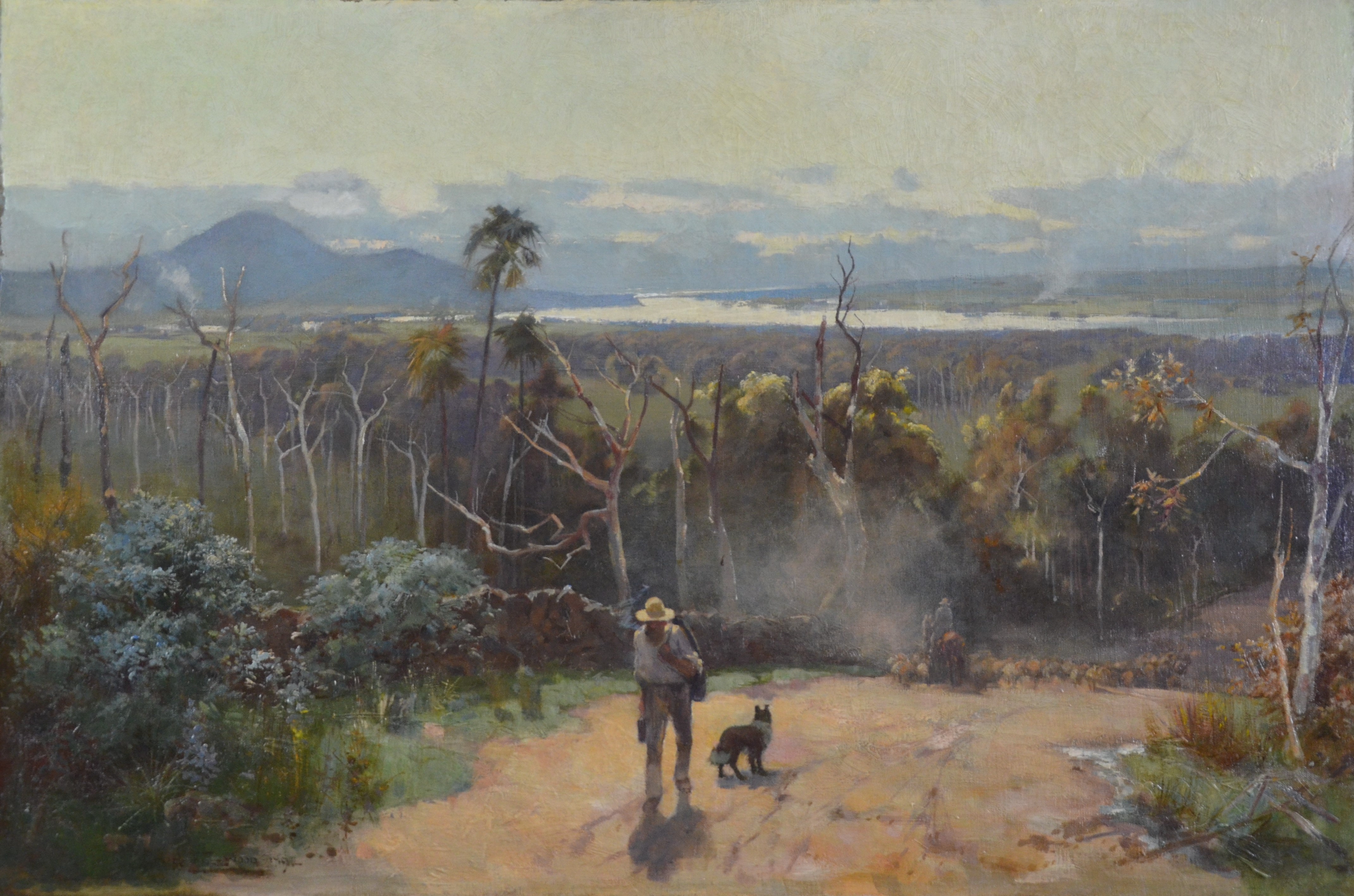 Join Dr Gary Werskey as he talks about his book Picturing a Nation, The art and life of A.H. Fullwood a pioneering and richly illustrated biography.

This book is the untold story of a major Australian artist. Regarded in his day as an important Australian impressionist painter, A.H. Fullwood (1863–1930) was also the most widely viewed British–Australian artist of the Heidelberg era.

Fullwood’s illustrations for the popular Picturesque Atlas of Australasia and the Bulletin, as well as leading Australian and English newspapers, helped shape how settler–colonial Australia was seen both here and around the world. Meanwhile his paintings were as celebrated as those of his good friends Tom Roberts and Arthur Streeton. So why is Fullwood so little known today?

Gary Werskey brings Fullwood and his extraordinary career as an illustrator, painter, and war artist back to life, while casting a new light on the most fabled era in the history of Australian art.

What the critics say about Picturing a Nation

‘A highly original and deeply researched history of Australian culture in the late nineteenth and early twentieth centuries.’— Mark McKenna

‘A fascinating creation story about the visual language of a nation enchanted by its own dreams.’ — Grace Karskens

‘Gary Werskey’s essential and rousing portrait lifts Fullwood to his rightful place in the pantheon of Australian art.’ — Don Watson

‘An outstanding account of one of Australia’s most fascinating Bohemian artists.’ — Jeanette Hoorn

Dr Gary Werskey is a Harvard-trained biographer and cultural historian, who has held academic positions at Edinburgh University, Imperial College, and the University of New South Wales. He is also the co-founder of the Blackheath History Forum. Gary is currently an Hon Associate in the Department of History, School of Philosophical & Historical Inquiry, University of Sydney

In addition to his Picturing a Nation: The Art & Life of A.H. Fullwood (NewSouth Books, 2021), Dr Werskey has co-curated the NLA exhibition ‘A Nation Imagined: The Artists of the Picturesque Atlas’, which is running from March 12 to July 11, 2021.