Louisa Sindel-Marshall, Eliza Scott and Charlotte Low from the New England Conservatorium of Music, completed their residencies at New England Regional Art Museum. These musicians explored artworks from the Howard Hinton Collection and then performed musical responses in the gallery to the artworks that most resonated with them.

Visual Artist, Sandra McMahon explored the phenomenon of synaesthesia, translating music into visual forms. McMahon engaged in a live drawing process while in attendance at the Australia Opera performance at NECOM. These drawings were then used as the basis for new panting works. 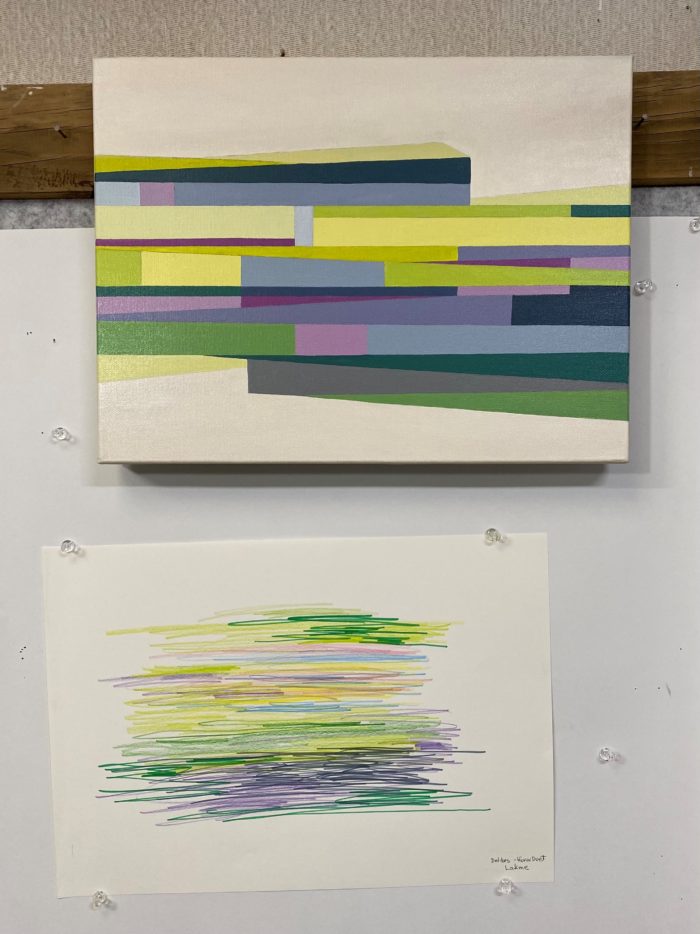 The last residency, still in progress, will involve artist Leslye Cole who is making a portrait of Sue Metcalfe OAM, one of NECOM’s Music Educator Members.

The residency process has been captured by videographer Alex van Der Plaat who is editing together a short documentary of the artist’s experiences and their creative outcomes. The video will be launched later in 2021 to show the full process of the Reverse Residency Program.

The Reverse Residency program has been supported by Create NSW and Arts North West.